I wanted to share a chart of the Gospel of John that may help those who would like to study the book in more detail. Just click here or on the image below to download.

You’ve saved me to be more than I could ever imagine, yet I go through life trying to find the strength to do Your will in my little schemes and plans.  I look for my righteousness within myself.  I attempt to please You by manipulating Your favor.  All this I have done, but I keep coming up short.  I am frustrated with my own inability to be something that, by my own power, I am not.  Help me to look to the resurrection and to see that You have radically changed me.  Now putting on Christ is simply being who I already am in You!  Let my veins pulsate with the resurrection power of Jesus Christ who lives in me and I in Him.  Empower me rise to from my sins, my self-righteousness, my idols and run to you.  Let Your life live in me.  Give me the strength to be who I really am in You! 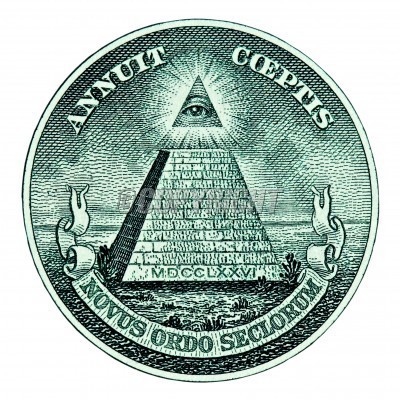 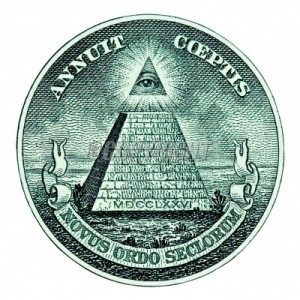 I know that this post will probably frustrate some of my friends and may drag things deeper into issues that may be counter-productive in the end.  But I thought it worthwhile to at least attempt a discussion of the issue of conspiracy theories in the local church.  Let me begin by saying that I have many friends who would be considered by some to be hardcore conspiracy theorists.  As I write this, I mean them no harm; however, I think that we all ought to take some time to consider a little about conspiracy theories and how they affect the church.  I also suppose that this post may frustrate some of the more general population who may object to how I categorize the issue.  I also will wax a little preachy in this post.  I apologize also for this in advance.  This issue has been on my mind for some time and has been brought up again recently, so I want to forcefully and directly address the issue.  I will beg everyone’s forgiveness in advance in hopes that through this dialogue, we all may become more effective as servants of our Lord Jesus Christ.

Definition and Sources of Conspiracy Theories

As I mentioned, I have many friends who could be considered “Conspiracy Theorists.”  Perhaps some may even lump me in with them.  Really, in some small way, we all are conspiracy theorists.  We all have unique beliefs that we believe to be outside the mainstream.  Somewhere in all of us there is an individuality to what we believe.  We all have a desire to hold truth exclusively.  And as long as that desire prevails upon humanity, conspiracy theories and conspiracy theorists will persist.  Everyone has bought into a conspiracy.  Whether it is the conspiracy of the liberal, the conservative, the libertarian, or the statist, we’ve all chosen our political perspectives.  We’ve all picked our poison.  Moving forward, I will be defining the idea of a conspiracy theory as a political viewpoint which lays claim to special insight into current or past events in which covert plots are being carried out.

Conspiracy theories come in all shapes and sizes.  These theories are as extreme as the political positions that birthed them.  The liberal sees the agenda of the conservative as fringe and extremist.  To them the conservative is in cahoots with big business and is linked with all sorts of corporate corruption and as a plot to destroy the poor of the nation.  To the conservative, the liberal is linked with big government, communism, and a plot to invent global warming and destroy Christianity.  The libertarian sees anyone else as federalist (usually liked with big business) and accuses many with media cover-ups of the US governments’ involvement in 9/11, the need for gold investments, and vote-fixing in national elections.  On the other hand, federalists see everyone else as anarchists who are desperately plotting to destroy the government.  My point is that all of these views are odd.  The way every position sees the other has some quirks and curiosities.  They all believe that they have an edge on the truth.

My concern in this post is not to debate who has the best conspiracy theory or the merits of each position.  We all have our views, but, as a Christian, I see that God’s view is all that matters (Prov. 21:2).  What I wish to discuss, then, is to what extent the Christian should approach conspiracy theories differently.

The Christian and Conspiracy Theories

Given that we all accept some conspiracy theory or another (whether or not we are honest with ourselves to admit this), I think we can safely say that it is not wrong to be a conspiracy theorist.  From the very inception of Christianity, conspiracies existed.  The early church was aware of plots to discredit the resurrection and the celebration of the Eucharist.  I suppose that for the first few hundred years of the church’s existence, most Christians would have been considered hardcore conspiracy theorists.  All this said, I think there are two important virtues for Christians to develop in regard to their politics:

There are also a number of issues to avoid:

In conclusion, I would hesitate to tell anyone to abandon their conspiracies, but I would encourage all Christians to hold them lightly.  We should all pursue politics to the glory of God and vote our conscience.  I would encourage everyone (no matter what political system you subscribe to) to consider your politics through the grid above and see what you need to change.  I know I’ve got some work to do.

“Do not call conspiracy all that this people calls conspiracy, and do not fear what they fear, nor be in dread.  But the LORD of hosts, him you shall honor as holy. Let him be your fear, and let him be your dread.” (Isa. 8:12-13)

This question has batted around in my head off and on for a number of years.  It seems like the question is answered differently depending on whom the question is posed to.  The answer also seems to vary depending on the definition or the circumstances surrounding the ambition.  So before we make a decision on the matter, I think it best to define what we mean and then draw some conclusions.

Ambition can be defined variously, but for our purposes I would like to think of it as the desire for advancement or success.  I believe that this desire has been ingrained in the heart of every man, woman, and child since the dawn of time.  It is the Adamic compulsion to take dominion over creation that forms the core of ambition.  Ambition separates the proverbial wise man from the foolish man, because it drives him away from laziness and towards productivity.  So in its purest and natural form, ambition is a healthy drive that motivates us all to strive and to achieve and to succeed.

But there is a dark side of ambition too.  We’ve all seen its consequences.  It starts so young and innocently.  It begins as the child who abandons their playmate in order to hang out with the more popular kids.  But it only gets uglier.  It is the dad who is too busy pursuing his career that he has no time for his children.  It is the wife who is so caught up in her own dreams that she leaves her husband.  It is the athlete who is so intent on scoring that his team looses the game.  It is the musician who is overcome with chasing success that he abandons everyone who really matters in life and becomes a recluse.  It is the pastor who is so consumed with the bigness of the auditorium, giving, and attendance that he misses the bigness of the peoples’ need.  Ambition turns dark and hurtful when it is turned inward.  Self-centered ambition is, no doubt, one of the greatest plagues of our era.

Thankfully there is hope.  In the Gospel I find that Jesus has succeeded fully in my behalf.  There is nothing more for me to chase.  There is no achievement, no skill, no paygrade, no rank, no praise, no fame, no experience that will ever make me happy, for Christ came to die to fill all those desires in my behalf.  Now I find myself motivated by a holy ambition.  Driven by grace rather than will-power and driven towards God rather than myself, I find joy in pursuing God’s will for my life.  The Gospel turns my ambition around.  Rather than wasting my life chasing my shadow, Jesus Christ turns my ambition outward and upward.

Delivered From Darkness
Blog at WordPress.com.