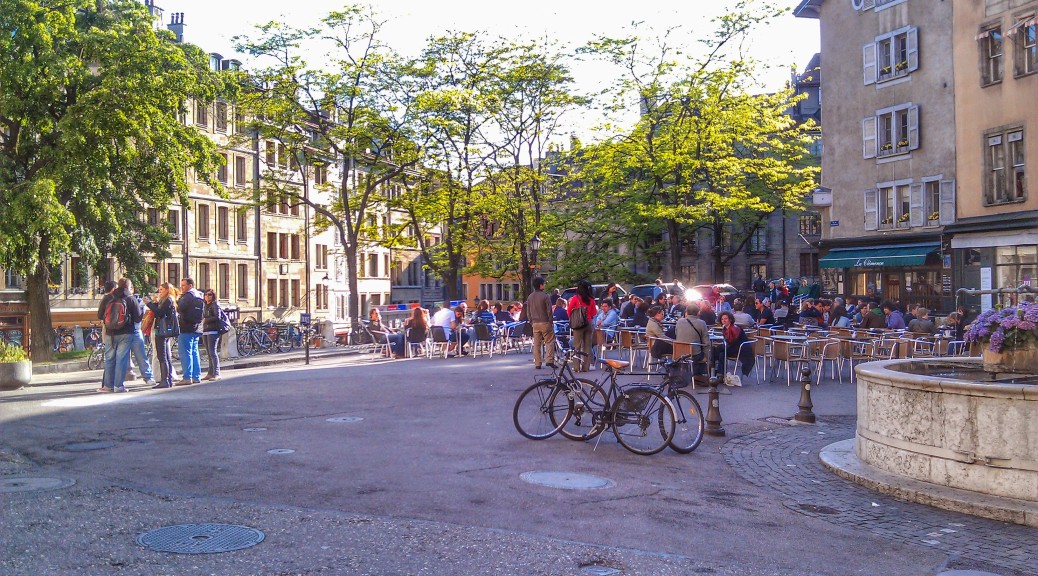 I don’t have time to address all of these concerns in this article (I do intend to address syncretism shortly). But I want to take a few paragraphs to write about the danger of the “Unconscious Contextualizer.” What I mean when I describe persons/ministries like this is that contextualization always happens. Some of us contextualize intentionally and others do it unconsciously (Keller uses the idea of active versus passive contextualization in his book Center Church). The basic fact is that we’re all beholden to a set of norms that stem from our culture that shape our message in one way shape or form. Let’s evaluate these two approaches, examine two test cases, and draw a conclusion.

The Contrast: The Conscious Contextualizer

A Conscious Contextualizer examines the worldview, cognitive processes, linguistic forms, behavioral patterns, social structures, media influence, and motivational resources of his surrounding culture and engages them missionally (Hesselgrave, Communicating Christ Cross-Culturally, 120). He or she asks: “How can I take the teachings of God’s Word and explain them in a way that is understandable and actionable for someone who perceives, thinks, expresses, acts, interacts, communicates, and decides in these ways?” This is intentional contextualization.

“Every American Christian worships in a contextualized church. As much as we like to think of our churches as “New Testament churches,” there actually are no New Testament churches in existence today. Our cultural context is dramatically different from the world of the New Testament, and as a result, any modern church would look bizarre and alien to a first-century Christian” (“Putting Contextualization in its Place” in IX Marks e-Journal, Jul-Aug 2009).

The Challenge: The Unconscious Contextualizer

An Unconscious Contextualizer is conditioned from their background toward a particular way of thinking, expressing, acting, interacting, communicating, and deciding. Sometimes this particular set of cultural elements coalesces with those of the community with which the believer is called to minister to. Take, for example, many farming communities in the Midwest of the USA. In many of these communities, cultural shifts have been minimal and substantial homogeneity exists between the generations that still remain on their farms and work the land. Those who shift to new ways of thinking and acting, for example, are usually in the process of moving outward to other areas of employment or are drawn towards city centers that have shaped their new ways of thinking and acting. Thus, the older or younger pastor of a rural church in this area may never have to consciously contextualize in order to communicate the Gospel to this congregation and still be understood and responded to.

The Unconscious Contextualizer shapes the Gospel to appeal to his worldview, to seem logical to his cognitive processes, to communicate in his language, to apply to his actions (or to make his actions normative for others), to interact with his context, to use his preferred mediums of communication, and to be decided on his terms. Let’s unpack this last one.

A Challenge for the Unconscious Contextualizer: How a Culture Decides

Some of us came to Christ through a single confrontation with the Gospel message at which point we simply accepted that truth by faith. Many modern evangelists see their experience with the truth-claims of the Gospel as normative for others. They press people for a decision, claiming that failure to do so at that instant is tantamount to rejection of the message. This sort of modernist appeal holds strength with a sort of binary approach (i.e., either accept or reject). While I don’t doubt that accepting or rejecting the faith is the ultimate outcome of someone’s confrontation with the Gospel, we may be driving people to polarizing positions rather than being willing to see God work through immediate means. In other words, when we tell people that the only possible response to the message is acceptance or rejection, a more deliberative thinker will be tempted to either make (1) a meaningless outward response to your plea or (2) to strongly reject the message, which may alienate them towards further Gospel appeals.

When Paul preached to cultures that valued deliberation, he kept presenting them with the Gospel message and allowing them time and ability to deliberate over the truth of Scripture. Christians often laud the Berean Jews who searched the Scriptures every day in order to determine whether the Gospel that Paul brought was accurate (Acts 17.11). But would we appreciate this sort of thoughtful interaction if we were in a similar situation? The Berean Jews came to the ultimate decision of faith after the immediate response of deliberation. You or I may not have had such an experience in our response to the Gospel. So an Unconscious Contextualizer may overlook this possibility when they present the Gospel message, simply driving an unnecessary wedge between their hearers and the truths of Scripture by perceiving the culture’s deliberative postponement of the decision as procrastination or outright rejection. A Conscious Contextualizer will work to understand how people around him make important decisions and will make appeals that will allow people to respond to the Gospel in a way that they would make other major life decisions.

Another Challenge for the Unconscious Contextualizer: The Culture’s Worldview

I remember witnessing to an Asian woman. I was 12 and I was doing the best I could to explain Jesus and the Gospel message to her. Surprisingly, she exclaimed, “I want to trust Jesus right now!” I was thrilled with this opportunity to lead her in prayer. Before she prayed, she asked if she should remove her shoes, because that’s how she prayed to her gods. “Sure,” I replied before leading her in a sinners prayer. In the end, I walked away thrilled to have a Gospel impact, and she walked away never to darken the doors of a church that I knew of. Her polytheistic worldview allowed her to adopt Jesus as just another god in her system. As a 12-year-old who was telling her about the Gospel, I had grown up in a Christian home that taught and assumed monotheism and the resulting implications of this belief. So I simply couldn’t imagine that this Vietnamese woman would simply add Jesus to the list of gods and move on with her life. I had, though with the best of intentions, unconsciously contextualized the Gospel to my worldview and failed to missionally contextualize to her own.

Think with me about some key Gospel assumptions, where we may be using language that our audience doesn’t grasp:

I’ve only used two extremely broad worldviews to illustrate the problem here. You may feel that you have explained the Gospel very clearly so that someone from your background will understand it, but your audience may walk away with some very different conclusions. In a case such as this, have you really communicated the Christian Gospel?

Most of us don’t have an option when it comes to contextualization. Culture is shifting all around us and few of us live in isolated locales that allow us to simply preach the Gospel with our standard lenses. Hesselgrave writes:

As God incarnated into our world, and as Jewish missionaries contextualized into the Greco-Roman world, we must stop catering to ourselves through unconscious contextualization and begin the humbling work of consciously contextualizing the Scriptures to the shifting cultures around us (Phil. 2.5-8). If the church adopts a thoroughgoing approach of unconscious contextualization, our churches will turn insular — full of transfer growth from other churches and employing insider-speak that confuses outsiders. If the church adopts a conscious contextualization model, we’ll begin seeing churches that thoughtfully interact with the cultures around them in order to uniquely communicate the Gospel in an understandable and actionable manner. But this means putting down our own glasses and beginning to learn what the world looks like through their own lenses.

[To see the previous two articles on contextualization, click here.]