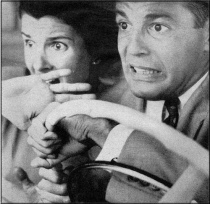 I think I’ve heard a lot of Christians claim that the modern era is unique in terms of the in-fighting and rifts between Christians.  I would say that I’ve seen enough to fill a book, but I don’t think that this is necessarily something new.  In the earliest generations of the church, Paul found himself dealing with challenges in churches.  One such challenge was visible in the church at Colossae.  Now I won’t take much time digging into the nuances of what sort of group Paul was addressing in his little letter to the church in that town, but I think we can observe a little about the general approach of the group and Paul’s critique of the group as instructive for the Church today.

In approaching the Christian life (and Colossians, in particular), I think it is helpful to think of the walk as something of a path or road.  I suppose that this image is rather biblical in that the life of a Christian is often referred to with the Greek verb περιπατεω (Eng: to walk, cf. 3 Jn 1:16; 1 Thess. 2:12; Colossians 1:10; Phil. 1:27; Eph. 4:1).  I would imagine this road as delineated by Scripture.  In other words, think of cliffs where the Bible places cautions.  Think of Paul’s vice lists, the 10 Commandments, and so on.  Think of the road as where the Bible gives positive commands.  Think of Paul’s virtue lists, the Great Commandments, and so on.  The Bible lays out the road and the cliffs to avoid.  Christians have everything they need in Scripture to live a life which glorifies God (2 Peter 1:3).

Now even the most holy person reading this today would have to admit that they know of a cliff or two that they are most prone to lean towards.  I think Jesus spent a lot of time debunking the myth of the life with no spiritual struggle.  I mean, we have the rich young ruler who had everything going for him, but the cliff of covetousness loomed large in front of the headlights of his life.  We all have these kinds of struggles.  So, to summarize my tedious argument thus far, the Christian walk is like a path along which we all tend towards certain cliffs.  Fair?

But what about stuff that the Bible doesn’t talk about?  What about unhealthy foods, and alcohol, and Halloween, and Bible translations, and worship styles?  How do we deal with these issues?

I would suggest that the Bible has given us some help on how to deal with things that it doesn’t explicitly speak to.  I’m not suggesting that this approach is a be-all-and-end-all, but I do think that it will help lend perspective to some debates in Paul’s day as well as our own.

In Colossians 2:16, Paul begins an attack on a group that some refer to the Colossian heretics.  These folks were likely well-meaning people who wanted to help the fledgling church in town hold to high ethical standards in order to affect the overall morality of the city.  And here is how it began.  They held to Jewish laws regarding “food.”  In their day, I can imagine, a Jewish dietary system would have been a source of immediate fixation in the midst of a Gentile city.  Think of the attraction of the lost to those with a spiritual dietary system!  And think of how common or conformist someone may have appeared who simply just kept eating the same old pork he used to eat before he was baptized.  Let’s reserve judgment on this for a moment and draw a parallel or two.  Today gluttony (Phil. 3:19; Prov. 23:20-21) is a folly that many Christians have fallen prey to.  It limits both testimony and lifespan.  On the other side, you have Christians who emphasize exercise and rigorous dieting to avoid the pit of gluttony.  We also have Christians who avoid the sin of gluttony as well as the greed and recklessness of the meat industry and pursue vegetarian or vegan lifestyles.

To sum up the point on eating, we have a cliff that is spelled out in Scripture and we have a reaction by Christians to avoid that cliff.  But there’s more here than just a reaction.  So let’s examine a little closer.

At the beginning of verse 16, Paul says that the people who don’t follow the other peoples’ food laws should not let anyone “pass judgment” on them.  In other words, Paul is primarily concerned about how non-observant believers are being treated by believers who have erected the “higher” standard.  The people who fall under the Apostle’s condemnation saw a cliff and erected a guardrail.  They saw some positives on the opposite side of the road, and put out traffic cones in the road and began diverting traffic to the their side of the street.  Paul is making the point here that, while directing traffic away from the cliff on one side of the road, the Colossian heretics missed the cliff on the other side of the road, namely, legalism.  In trying to help the Christians avoid pitfalls in their lives and in their community, they had unknowingly gone off the road into the chasm of self-righteousness.

Once again, I’ll summarize my point thus far: the Christian walk is a road which is has cliffs on both sides which believers tend to move towards.

Let’s move through the rest of the cliffs that Paul identified as areas in which the Colossian heretics pulled Christians away from and the “higher ground” that they called them towards, and then let’s draw a few more applications.

Second, the area of “drink” is identified.  Now in the Old Testament, there were a lot of laws about eating, but I can’t think of any that applied to the whole of Israel regarding what they drank.  In fact, alcohol is dealt with variously in the Old and New Testaments.  So it seems that the heretics in Colossae had identified the sin of drunkenness (Eph. 5:18) as one of the dangers of their society and were adding to the Old Testament in order to pull their culture from the cliff.  Not much contextualization is needed here as this very issue has been at the forefront of American Christianity since the beginning of the 20th century.

Third, Paul discusses “festival, new moon, and Sabbath.”  These celebrations would have been calls away from the pagan holidays.  Here Paul again condemns the attempt to turn the wheel sharply away from the danger.  Today we still deal with whether or not Christians should work on the Sabbath (now transformed into Sundays), whether or not liturgy should reflect celebrations of Christmas or national holidays, and how Christians should handle other events such as Halloween.

Fourth, Paul addresses “asceticism” in verse 18.  I suppose that a monk beating himself in a crypt seems like a far cry from 21st century sins, but I think it strikes closer to home than we might be aware.  How many times do Christians decry or besmirch good gifts of God in an attempt to avoid their abuse?  I remember hearing one pastor hold as an example to his flock the fact that he only engaged in intercourse with his wife for the purpose of procreation.  At times women have been held to repressive ascetic standards, such as being required to dress in a debasingly archaic fashion to avoid immodesty.  The list could go on.

Fifth, Paul points out the danger of the “worship of angels.”  This phrase could connote either “angelic worship” or “angel worship” (think of the similar construction “love of God”).  In either case, the Colossian heretics thought that the worship of the Church (cf., 1:15-20; 3:16) was somehow lacking something.  This was the 1st century “worship wars.”  Today you have the hip churches decrying the old-fashioned churches who don’t reach out to their culture.  And then you have the traditional churches who declare their more contemporary brothers as conformists.  In both cases, they think that they have the special sauce that the other side is missing.

Finally, the issue of uber-revelation is addressed.  In verse 18 you have people with special visions and insights that went far above and beyond Scripture.  No one else was privy to their deep insights.  This sort of approach is exactly what I see in those who hold to a single Bible translation.  Further, I’ve run across this in individuals who have interpretations of Bible passages or current events that no one else sees (except some blogger in Iowa).  Special privilege and insight easily lead to a sort of spiritual superiority that does not belong in the Church.

I suggested earlier that the Bible may have more to say about unhealthy foods, and alcohol, and Halloween, and Bible translations, and worship styles than we’d like to think.  What I’m suggesting is that the Bible indicates that there is not just one cliff in any given issue.  Often we tend to focus on the cliff that threatens our brothers rather than looking at the cliff immediately at our side.  While we’re busy proclaiming the evils of fast food, wine, holidays, Bible versions, and other peoples’ worship styles, it is so easy to miss that we have a cliff of legalism that we’re flirting with or perhaps have already careened off.  The best intentions in the world do not excuse saying more or less than what Scripture says about these issues.

But maybe you think I’m minimizing the real danger here.  Maybe someone will get drunk or fat because I’m not preaching them into a more rigorous lane.  But this was the problem of the Colossian heretics!  My goal isn’t to preach someone into being like me!  I’m supposed to encourage them to be like Christ!  And thankfully that means that not everyone will look and act just like me.  We’re so busy looking at where others are at and looking at where we’re at, we’re not looking at (to continue the illustration) the road ahead.  The road ahead is the Gospel.  When we look at Christ and stop looking at all the things around us, the cliffs no longer pose the threat to us that they once did.  As I remember my dad telling me once: “keep your eyes on the road ahead, and not on the car next to you.”

The final objection I’ve heard to this point is that perhaps by encouraging us to keep our eyes focused ahead, we’re going to not be very helpful to those who are truly going into sin.  My response is that we need to be very clear about where the road ends and where the cliff begins.  We need to speak clearly to where caution on a given matter ends and where legalism begins.  We also need to speak clearly on where moderation ends and recklessness and loss of control begins.  When we stop articulating what Scripture says and start putting up our own guardrails and traffic cones, then the real trouble begins.  This is why I’m encouraging believers to adopt a biblical paradigm for handling the tough issues of life.  God bless!